What makes Qawra a village to reside in or invest in?

Qawra is found forming part of a cluster of sea side villages which include St.Paul’s Bay and Bugibba.

Qawra occupies the outer part of a peninsula with the furthest point being Qawra Tower or more familiarly called as ‘Ras Il-Qawra’ or ‘Ta’ Fra Ben Tower’. This was built by Grandmaster Lascaris in 1638, during the time of the Knights of Malta as part of a defensive string of towers which were to prevent from invading corsairs.

The area is not only popular with the numerous tourists who seek the village to swim in the clean waters of the Mediterranean Sea, but Qawra is also the destination where many have made their home either for the long and warm summer period.  In the later years Qawra became more of a residential area.

What does Qawra have to offer?

What Qawra offers is a balanced blend of hotels, restaurants and bars, along the extensive seaside promenade.  Offering a wide array of cuisine and entertaining establishments. With varying levels, attracting both tourists and residents alike. Quiet and tranquil spots and neighborhoods, varying from Villas to apartment blocks, terraced houses and maisonettes.

The area offers a great quality of life introducing fun and serenity in everyday routine.  One can start the day with a walk or a jog along the promenade which stretches over 3.5 kilometers spilling into the neighboring areas of Bugibba and St.Paul’s Bay.  Offering breathtaking sea views with the promenade mostly overlooking St Paul’s Islands, where it is believed that St Paul whilst on his way to Rome, was shipwrecked on the island in 60 Ad.  It is said that he was so warmly welcomed by the islanders that he spent days on the island during which time he introduced Christian religion, following which Maltese have remained predominantly catholic all through the ages till today.

Any time of the day is a perfect excuse to savor the beautiful and calm moments by the sea. Either for a coffee or a beer, enjoying the sun setting behind Xemxija, giving the sky a fantastic colors  giving you the feeling of an ever-lasting summer.

The National Aquarium was built next to the Qawra Tower. It offers both the aquarium experience to our young ones, combined with Café Del Mare giving the opportunity of a 5 star pool lido and an exciting beach club where music could be enjoyed along with a cocktail or two.

Café Del Mare is not the only lido in Qawra, but one of many, reaching out to all ages, allowing many people to feel entertained, especially in a country where summer stretches over a period of 5 months.

Properties built in Qawra do not date pre 1960. These started as holiday homes with smaller residences and today we find larger properties mainly being built and used as main residences.  Most buildings today are being restored.  Hotels revamped and new buildings are taking place.  Properties which were built in the 70’s and 80’s are being demolished making way to new modern apartment blocks.

Qawra, together with the neighboring towns, Bugibba and St Paul’s Bay are continuously evolving and modernizing. This makes an investor more attracted to purchase a property to either serve as their home or rent it out.  People who work in the catering  or hotel industry are always on the look out for apartments to rent.

Apartments are generally more spacious enjoying good sized terraces.  Investors will find a variety of choice depending on their budgets whilst foreigners consider Qawra as an ideal location to invest in a holiday home or to settle permanently.

Qawra (Malta): Travel tips, Things to Do and Where to Stay 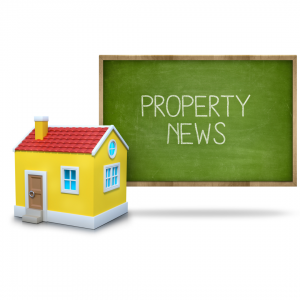 What is expected from a professional real estate agency?